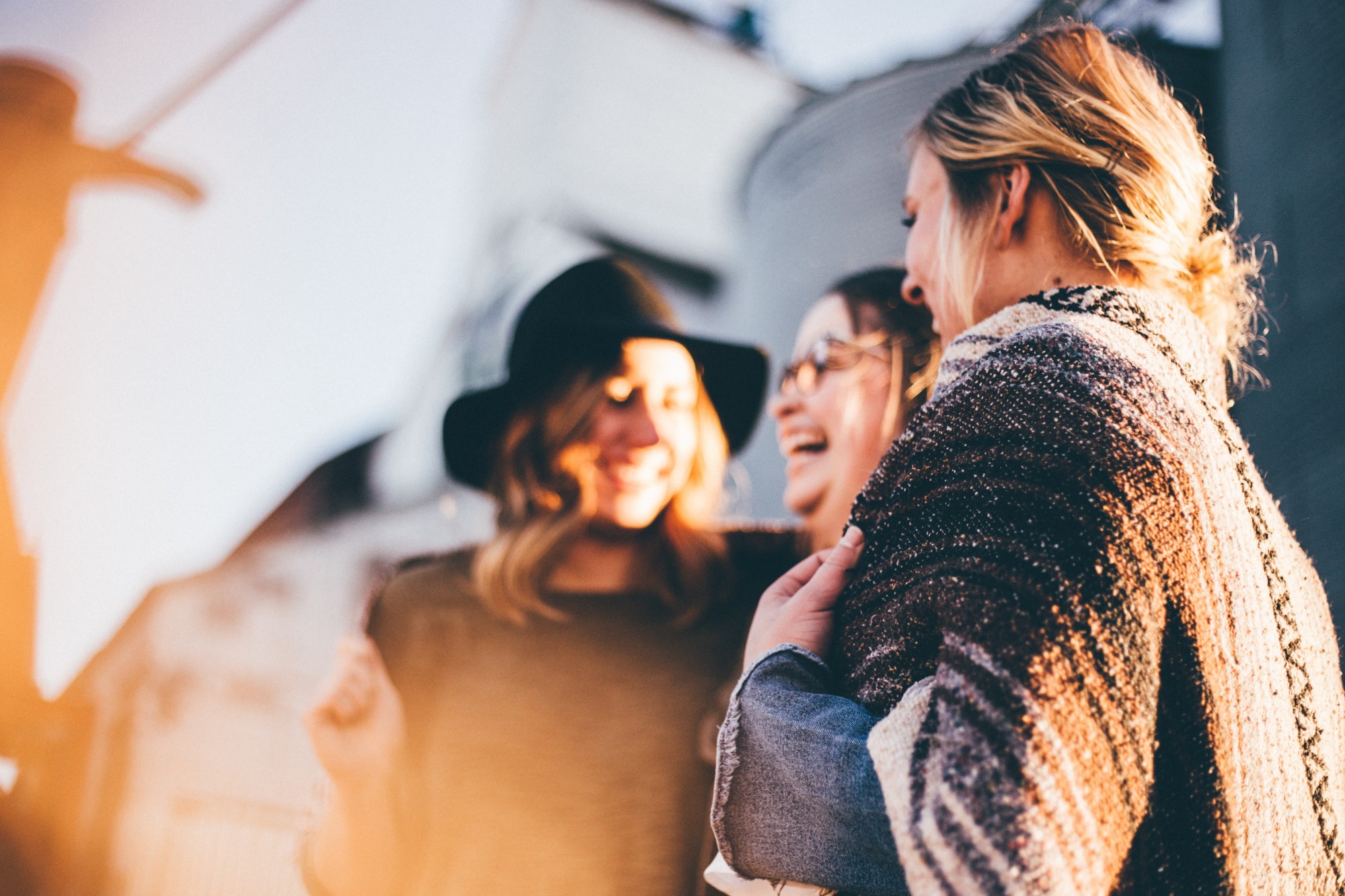 What is meant by, “Minimally invasive surgery?”

By minimally invasive, I mean accomplishing the surgery the least invasive or intrusive manner possible. By way of example, think of the difference between a flu shot and having the gall bladder removed. Gall bladder surgery is much more invasive or intrusive than a flu shot. Surgery by its very nature is invasive. My goal is to perform the needed surgical procedure in the least invasive, safest manner possible.

It may seem intuitive, but why is minimally invasive better?

This is definitely a case in which less means more. Less invasive, less traumatic surgery means less time in the hospital, less need for pain medication, less blood loss during surgery, less recovery time, less time away from work and family, and probably most importantly, less risk of complications.

What makes the da Vinci robotic approach to surgery different from other forms of surgery?

The robot allows the surgeon to perform complex maneuvers with his/her hands in the same manner he/she would during traditional open surgery. As a result, it becomes possible to perform complex surgeries utilizing this minimally invasive robotic technique in cases that would have otherwise required the more traditional large abdominal incision.

What are the most common gynecological procedures performed and which can be performed utilizing the da Vinci robot?

Hysterectomy, or removal of the uterus, is probably the most commonly performed gynecological surgery performed utilizing the da Vinci robot. Other procedures include myomectomy (the removal of a myoma or “fibroid” from the uterus without removing the uterus itself), Oophorectomy (removal of the ovary), ovarian cystectomy (removal of a cyst from the ovary without removing the ovary itself), removal and destruction of endometriosis, and sacrocolpopexy (repair of pelvic organ prolapsed, see below).

What are the common reasons a woman may have a hysterectomy?

There are approximately 600,000 hysterectomies performed annually in the U.S. The major indications (reasons) for the surgery are:

What are the options or methods available to a surgeon when performing a hysterectomy?

Abdominal hysterectomy
This involves a vertical or a side-to-side incision in the abdomen to remove the uterus. About 65% of all hysterectomies are performed this way and it represents the most invasive form of the surgery. Remember, hysterectomy means removal of the uterus and not the ovaries. Depending on the circumstances, the ovaries may or may not be removed at the time of a hysterectomy.

Vaginal hysterectomy
This involves removing the uterus through the vagina—there is no abdominal incision. This is far less invasive than the abdominal hysterectomy, but the surgeon is limited in utilizing this route for hysterectomy by the patient’s size, the size of the uterus, and the presence of pelvic adhesions or scar tissue from previous surgery or conditions such as endometriosis.

Laparoscopic assisted vaginal hysterectomy (LAVH)
From the patient’s perspective, the LAVH is identical to a vaginal hysterectomy. With this method, the laparoscope and laparoscopic instruments are inserted through small band-aid size incisions and the uterus is detached from the blood vessels and ligaments that hold it in place. Then the uterus is removed through the vagina. However, because of the rudimentary, basic design of the laparoscopic instruments, this method can also be difficult or impossible to use if the uterus is very large. The LAVH is also limited by the patient’s size: that is, larger patients often cannot have this method of hysterectomy performed.

With this method, the surgeon controls the specially made robotic instruments and removes the uterus through the vagina in much the same way as accomplished with the LAVH. However, the specially made robotic instruments combined with the three dimensional highly magnified visualization system allows the surgeon to overcome the limitations of laparoscopic vaginal hysterectomy and perform much more complicated, difficult surgeries which would otherwise require the open abdominal approach.

How does the recovery from a da Vinci Robotic Hysterectomy compare to the more traditional abdominal approach?

With the da Vinci approach we think in terms of hours and days instead of weeks when it comes to time in the hospital and time to return to normal activities.
It is very common for women to be back at full time work by 2-3 weeks after a da Vinci hysterectomy, for example. Most patients spend the night after surgery in the hospital, although some patients will feel well enough to go home the same day as their surgery. The terminology can be confusing—a da Vinci hysterectomy, for example, is considered an “outpatient” procedure, even if the patient spends the night in the hospital and goes home the next morning.

What is a myomectomy and when it is performed?

A myoma, also known as a, “Fibroid,” is a benign muscle cell tumor typically arising in the uterus. Fibroids are among the most common reasons for a woman to surgery as they commonly cause abnormal menstrual bleeding and/or pain. A myomectomy is a surgical procecure to remove the myoma, without removing the uterus. In the past, gynecologists have been reluctant to perform the surgery because it required a large abdominal incision and, in some ways, was more invasive than a hysterectomy. As a result, many women opted for hysterectomy over a myomectomy. The da Vinci robot has changed this dramatically. It is now possible to remove the fibroid or fibroids through tiny band-aid size incisions and avoid hysterectomy altogether. Patients have minimal discomfort afterwards and usually go home the same day of the surgery. Whether the patient wants to preserve her ability to become pregnant or just wants to avoid having her uterus removed, the da Vinci robotic technique now provides an important new option for women suffering with fibroids.

How is the da Vinci Robotic system used in surgery to correct pelvic organ prolapse?

For decades a complex surgery known as an abdominal sacral colpopexy has been recognized as the best method of repairing pelvic organ prolapse. This surgery involves attaching the falling pelvic organs to the sacrum bone utilizing a piece of mesh material. While surgeons have long-agreed that the sacro colpopexy is the best surgery to address this problem, before the robot it required a large vertical midline incision and an extended recovery. As a result, many have tried to devise less invasive approaches to accomplish the repair. Vaginal surgeries involving the use of mesh to repair varying degrees of prolapse have been tried throughout the years with mixed results. Recently, the FDA has called into question the safety of mesh material used through the vagina for pelvic organ prolapse. Importantly, the use of mesh in the sacro colpopexy procedure is not included in the recent FDA warning.

Now, the da Vinci robotic technology allows us to perform the widely accepted superior surgery for prolapse, the abdominal sacro colpopexy, but do so through small dime-sized incisions. The technology has permitted patients to benefit from the superior surgery without the risks and problems associated with a large abdominal incision. In fact, several studies comparing the da Vinci approach to pelvic organ prolapsed to the vaginal approach have found the da Vinci procedure is much more effective in correcting the problem long term. This has dramatically changed the way we view surgery to correct pelvic organ prolapse.

Given the superior results using the da Vinci Robot for gynecologic surgery, why are more surgeries not being performed in this way?

Performing gynecologic surgery utilizing the da Vinci robot requires first the surgeon to invest considerable time in training to become comfortable with the technology. Unfortunately, many surgeons have not yet chosen to invest that time. There is no question, over time it will become the standard method for performing complex gynecological surgeries.

Are there other surgical procedures outside of gynecology that are utilizing the da Vinci robot?

Yes, more every day. Some of the more common are prostate surgery, heart valve surgery, and colon-rectal surgery.

What are the important take-away points for patients?