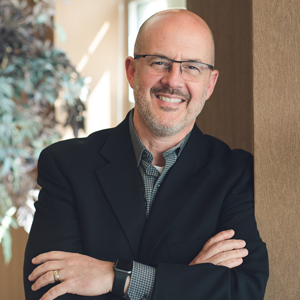 After attending Florida State University in Tallahassee, Florida, my medical career began with Medical School at the University of Florida, in Gainesville., Florida. I went on to complete a residency in Obstetrics and Gynecology at the University of Virginia in Charlottesville, Virginia. It was there I met my wife, Marianne, and we were married during my third year of residency. After completing residency training we moved to Beloit, Wisconsin in 1995 to work for the Beloit Clinic, a large multi-specialty group practice. We chose Beloit because of its proximity to the University of Illinois, Chicago, where my wife would attend graduate school and earn a Master’s Degree in Nurse-Midwifery. News of our first pregnancy and a desire to live closer to our families led us back to the South and the small town of Albany, Georgia, where Marianne and I practiced together from 1997 until 2006. During those busy years, Marianne and I had three beautiful children, Ian, Colin, and Mackenzie.

While in Albany I became very involved in the administrative aspects of medical practice and returned to graduate school at Auburn University, to earn a Master’s Degree in Business Administration. As a result, when an opportunity arose to work in a purely administrative position with Parkview Health System in Fort Wayne, Indiana we decided to take it. I began working for Parkview as the Senior Vice President and Chief Medical Officer in 2006 and, while I missed caring directly for patients, I enjoyed the new challenges and responsibilities of administrative medicine. Thinking that my career would follow an administrative path, I accepted a position in 2008 with the Aurora Medical Group, a division of the Aurora Healthcare System, in Milwaukee, Wisconsin. During the time I was away from full-time clinical practice I remained active in medicine working with resident OB/GYN physicians in Milwaukee, as well as participating in several medical mission trips to the Dominican Republic. It didn’t take very long for me to realize that I was called to care for patients; that I needed to be at the bedside and not at a desk. Fortunately, Marianne agreed and on January 1, 2011, we returned to full-time medical practice and to many great friends here in Fort Wayne as part of the Parkview Physicians Group, OB/GYN. It was my intention to return to clinical practice and simply practice Obstetrics and Gynecology as part of that large group. But God had another plan in mind…

Unknowingly, I was offering a different style and approach to obstetrical care in the area. I was practicing the way I had always practiced, but it was different for this area and caught the attention of many. I prefer to deliver my own patients if at all possible and not just when I’m on-call. And I think it best to avoid inducing labor unless there is a clear medical indication to do so. I most certainly believe it is wrong to subject a mother and baby to the risks of labor induction simply because of my work schedule or what is convenient for me. To me that just made sense, but apparently, it was somewhat different thinking in January of 2011 and as a result, my practice began to grow. The remainder of 2011 and 2012 brought continued growth, but it was in the fall of 2012 that things dramatically changed for me. After years of struggling as a Catholic physician with the ethical, theological, moral, and biological issues at hand, I came to the point that I felt I could no longer prescribe artificial forms of contraception, perform sterilization procedures, or refer patients for artificial insemination or in-vitro fertilization. As such, I became a certified medical consultant in a technique known as Creighton Model Fertility/NaProTechnology so that I would have something I felt was superior to offer my patients. I was certain it would mean the end of my practice. But God had another plan in mind…

It was only then that my practice began to grow and grow in ways that I never thought possible. I began to see patients from three states away seeking care for fertility problems; patients seeking a physician trained in Creighton Model Fertility/NaProTechnology. For every patient that left my practice because of my decision on contraception, three more came to me wanting help with fertility challenges. It was a truly amazing transformation that happened almost overnight. At the same time, patients wanting a natural approach to hospital birth continued coming to see me in even larger numbers. On top of this, the number of patients desiring a provider that would partner with them in an effort to achieve a vaginal birth after a cesarean section or “VBAC” grew dramatically. Over the course of three short years, my practice had grown into much more than I could have ever imagined—probably because I had little to do with it. It grew so quickly and by such magnitude that Parkview Physicians Group found it impossible to keep pace with its growth, and in May of 2013 I made the decision that my unique set of patients would be best served if I were in independent practice. So after months of prayerful consideration, on September 2, 2014, Marianne and I opened the Fertility and Midwifery Care Center, LLC.

We love living in Fort Wayne and hope to remain for many generations yet to come. Our eldest son, Ian, works on the Investment Team at Credent Wealth Management. He is married to Genevieve, FMCC’s Director of Marketing and Business Development. Our first grandchild is their daughter, Frances.  Our next eldest son, Colin, is studying at Ave Maria University near Naples, Florida. He is engaged to be married on May 29, 2021, to our almost-daughter-in-law Anne Marie. Our eldest daughter, Mackenzie, is studying nursing at Ave Maria University. She is the first of our children to follow in the family business, as she is working toward becoming a Certified Nurse Midwife. After a painful three-year journey marked with frustration and elation, in the summer of 2016, our two adopted children joined our family. Alima and Masalay currently attend Saint Vincent de Paul Catholic School, where they are thriving. Our mothers, Carolyn and Mary, live with us and have for several years, allowing them to play active parts in our lives and those of our children.

We are a busy family, like most families, dividing our time between work, school, and play. We are members of St. Vincent De Paul Catholic Church and Marianne and I participate in several lay ministries there. We are doing our best to live and raise our children in a world that too often seems against all things family. As anyone engaged in this battle knows, it is almost impossible- and would be without God’s help.

The Fertility and Midwifery Care Center represents my attempt to practice obstetrics and gynecology as purely and simply as possible; unencumbered by ownership or employment relationships with hospitals or health systems, nothing other than a pure relationship between provider and patient. It is not my goal to see everyone, but to see anyone who needs the care I offer. I have Certified Nurse-Midwives as practice partners because I believe Obstetricians and Nurse-Midwives working together as part of a fully integrated team offer women and their families the absolute best care possible. Together, we can offer much more to patients and their families than either of us can offer alone. That is an integrated care model. That is powerful for women and their families.

I hope by reading this you feel as though you know something about me, my family, and what has brought us to this place in time. I am honored that you would consider me as your partner in your healthcare journey and I look forward to working with you to accomplish your goals, whatever they may be. 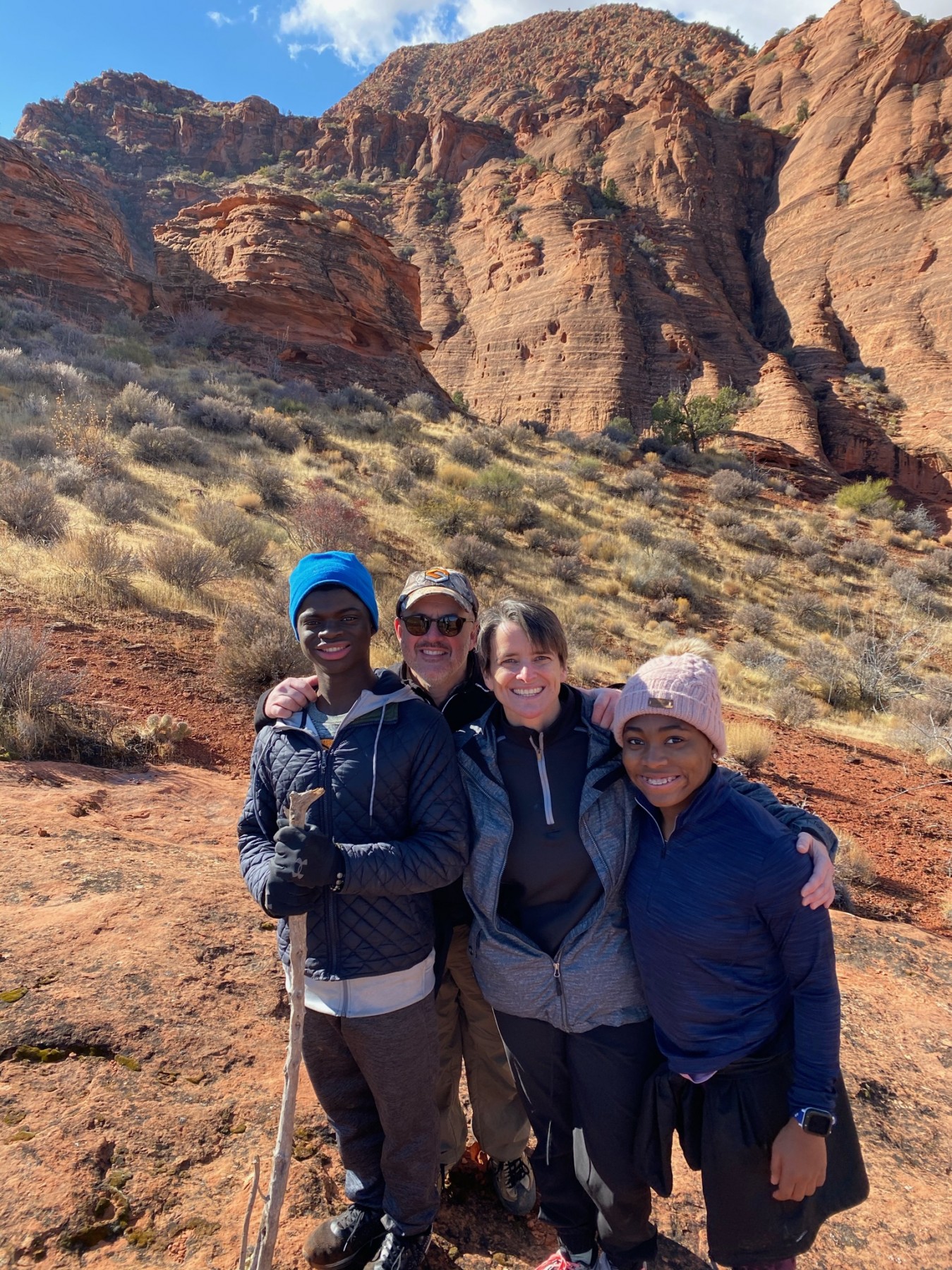 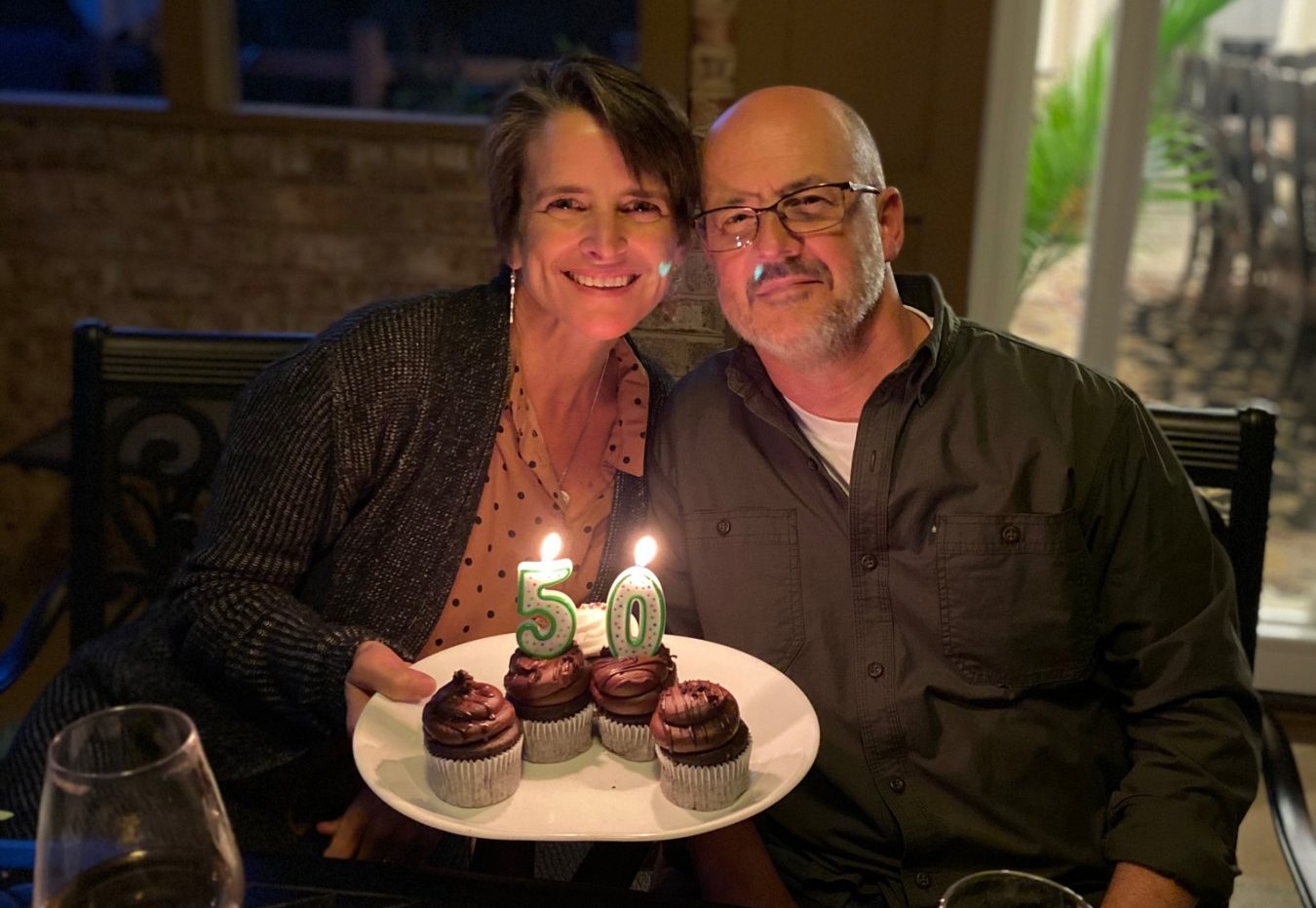 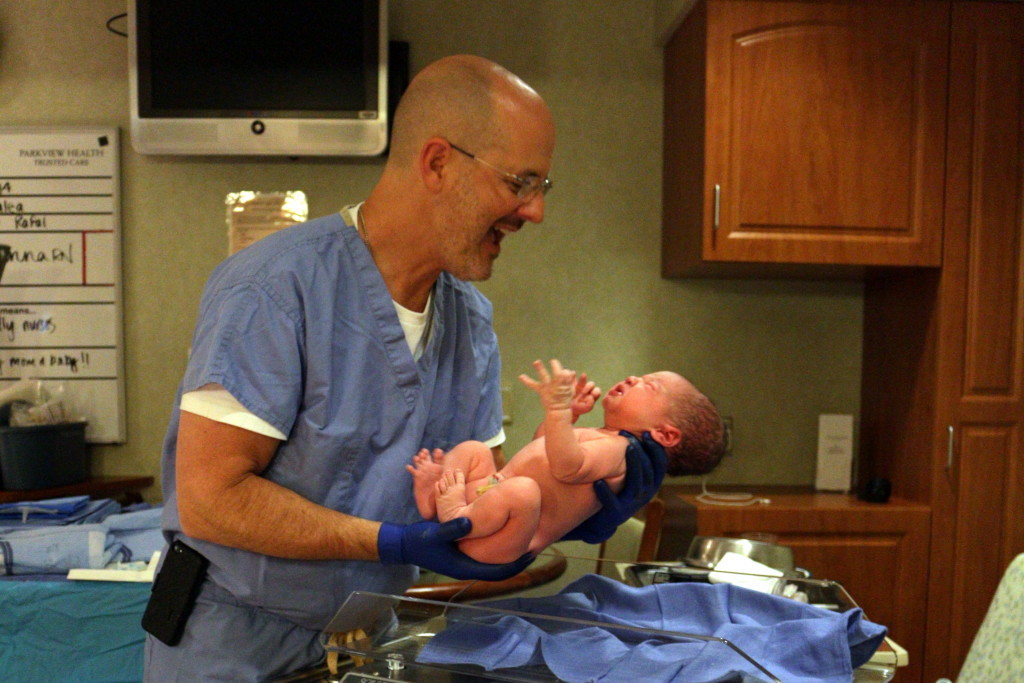 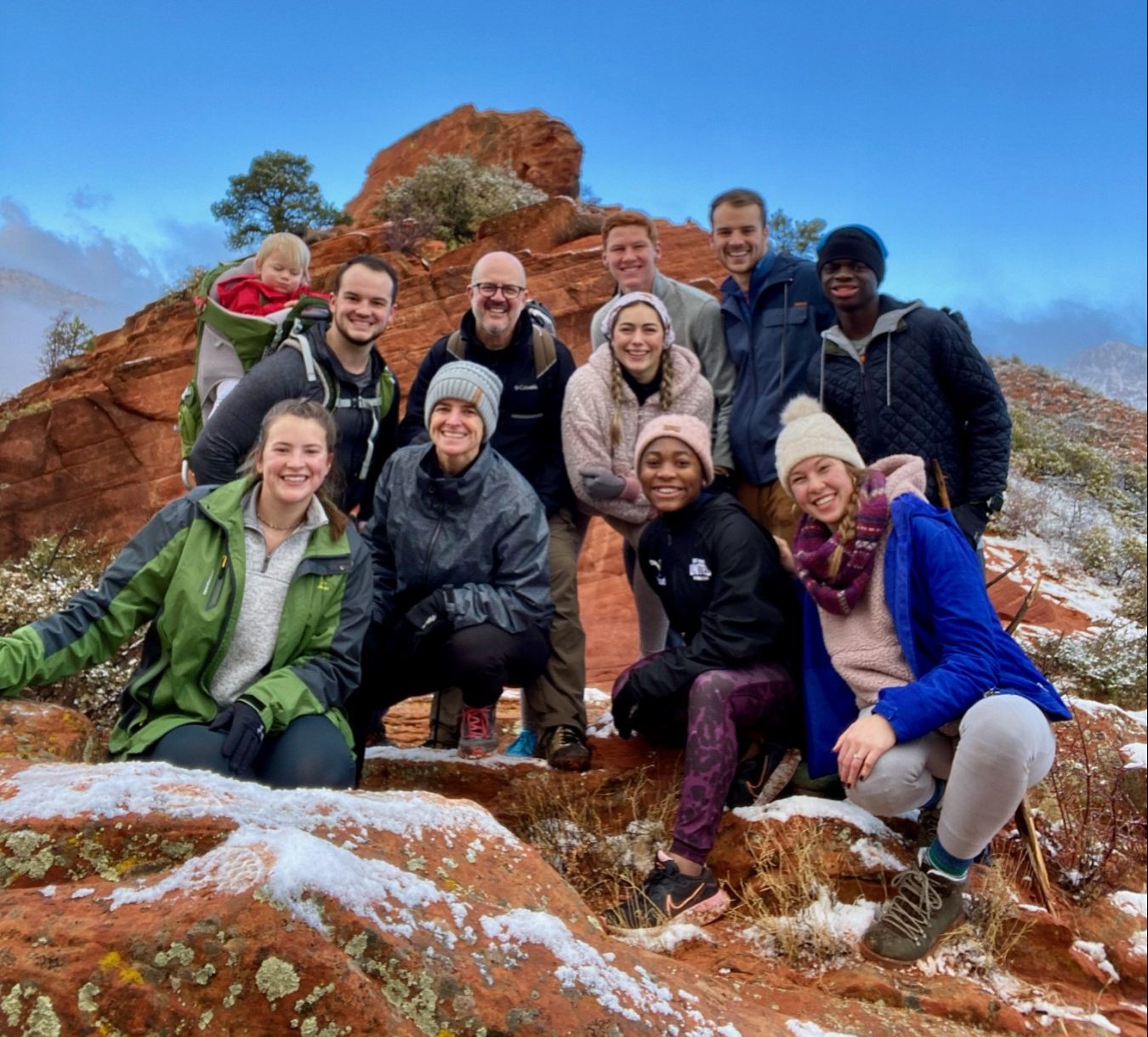 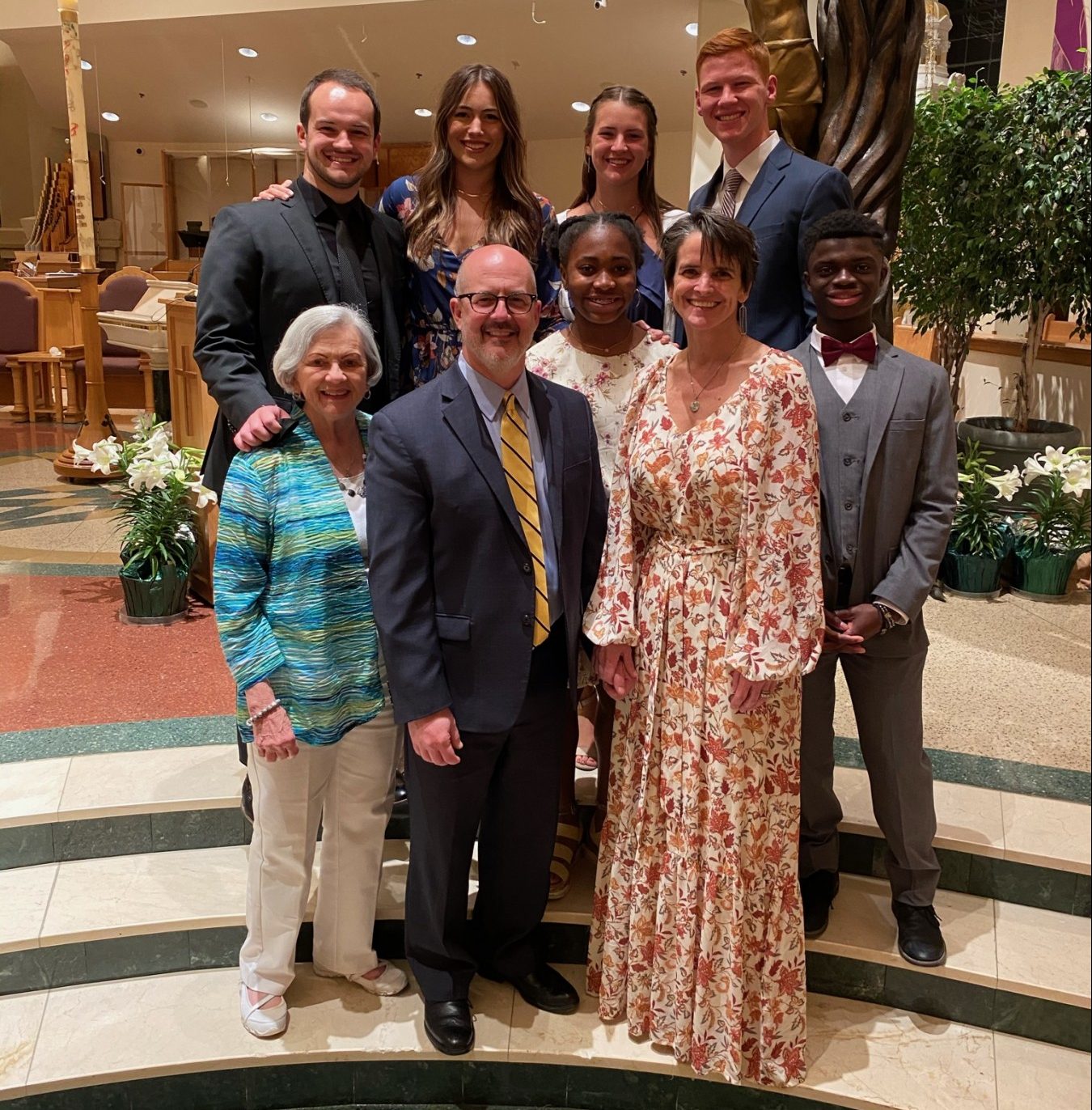 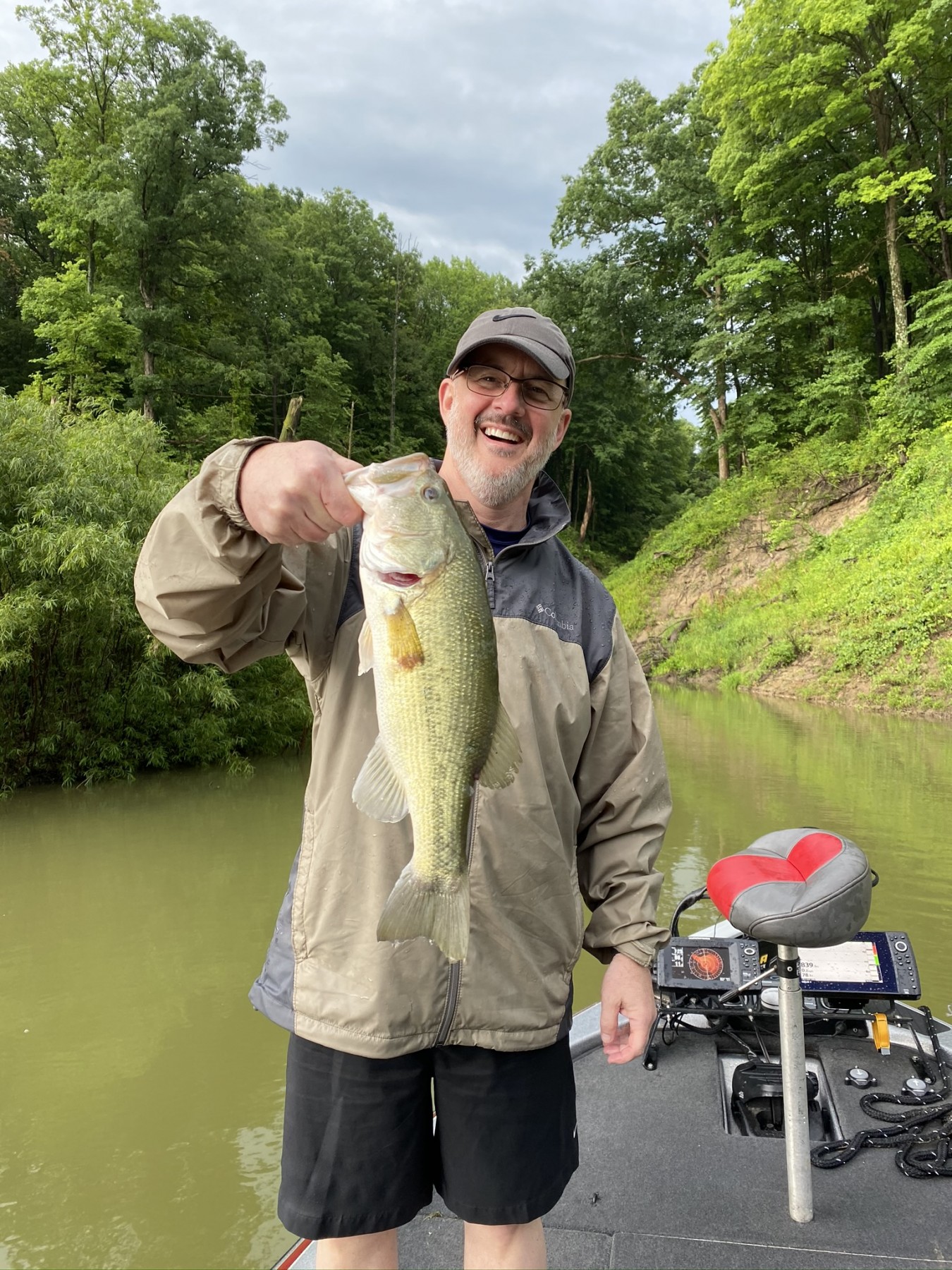 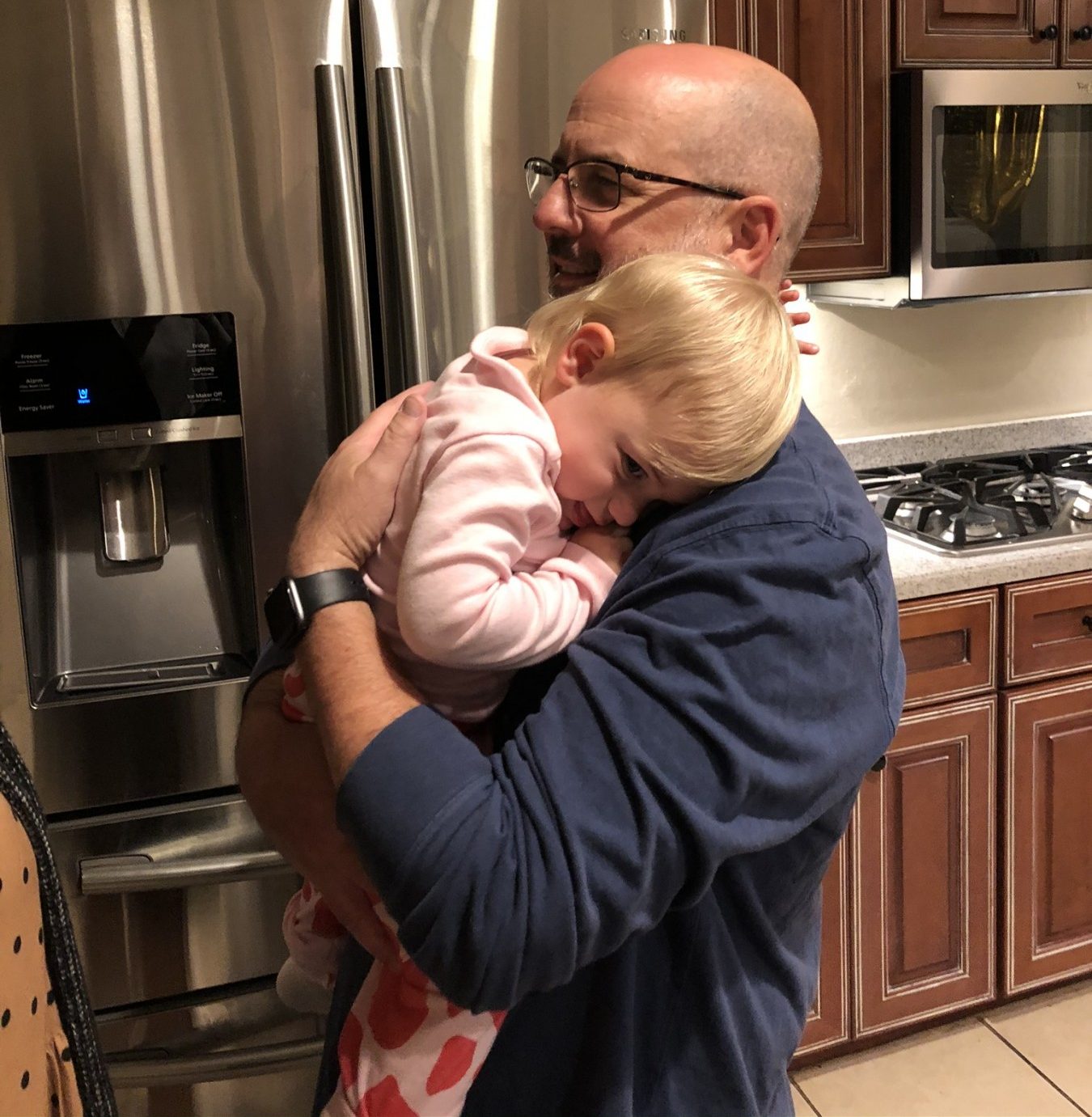 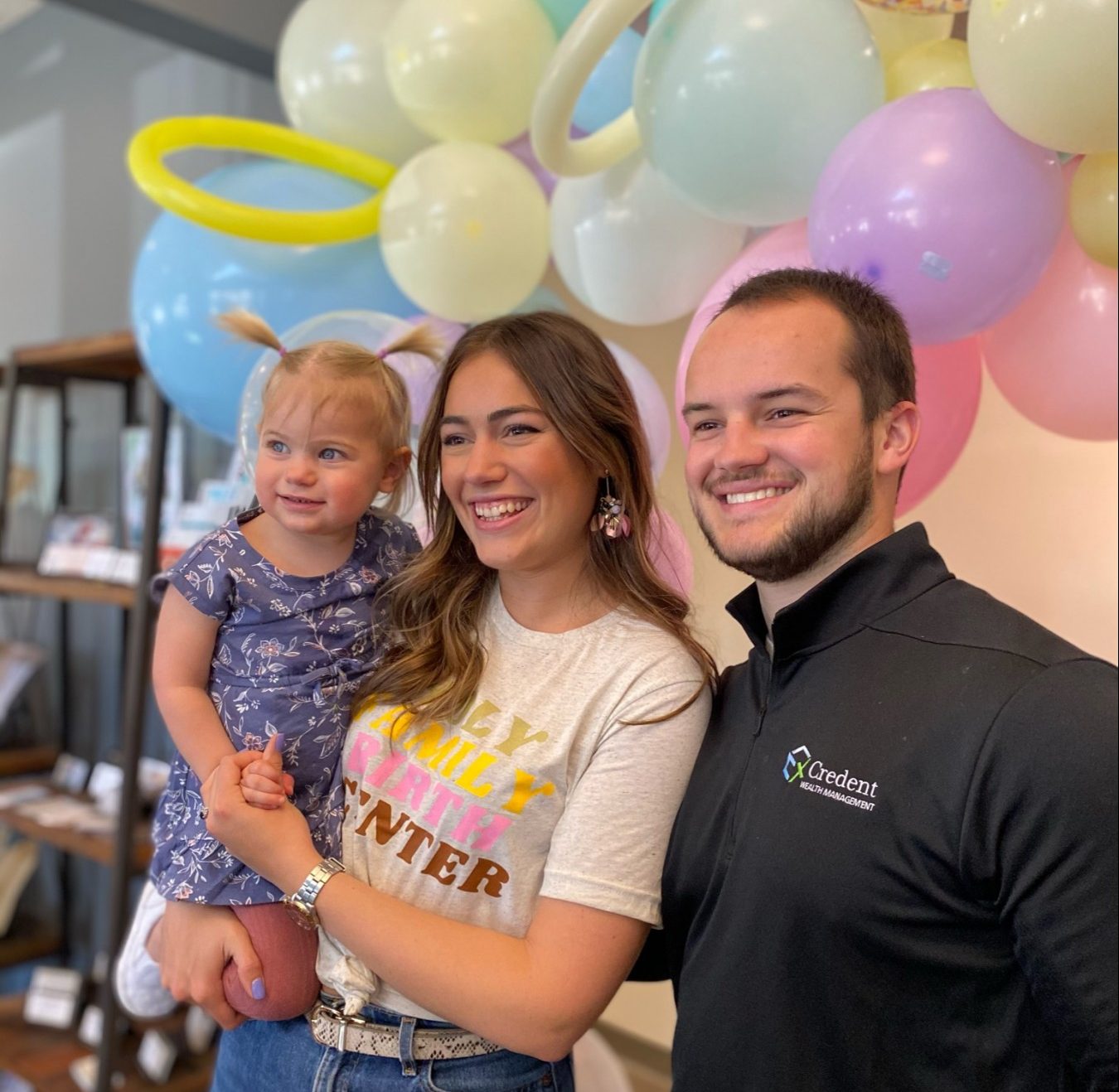 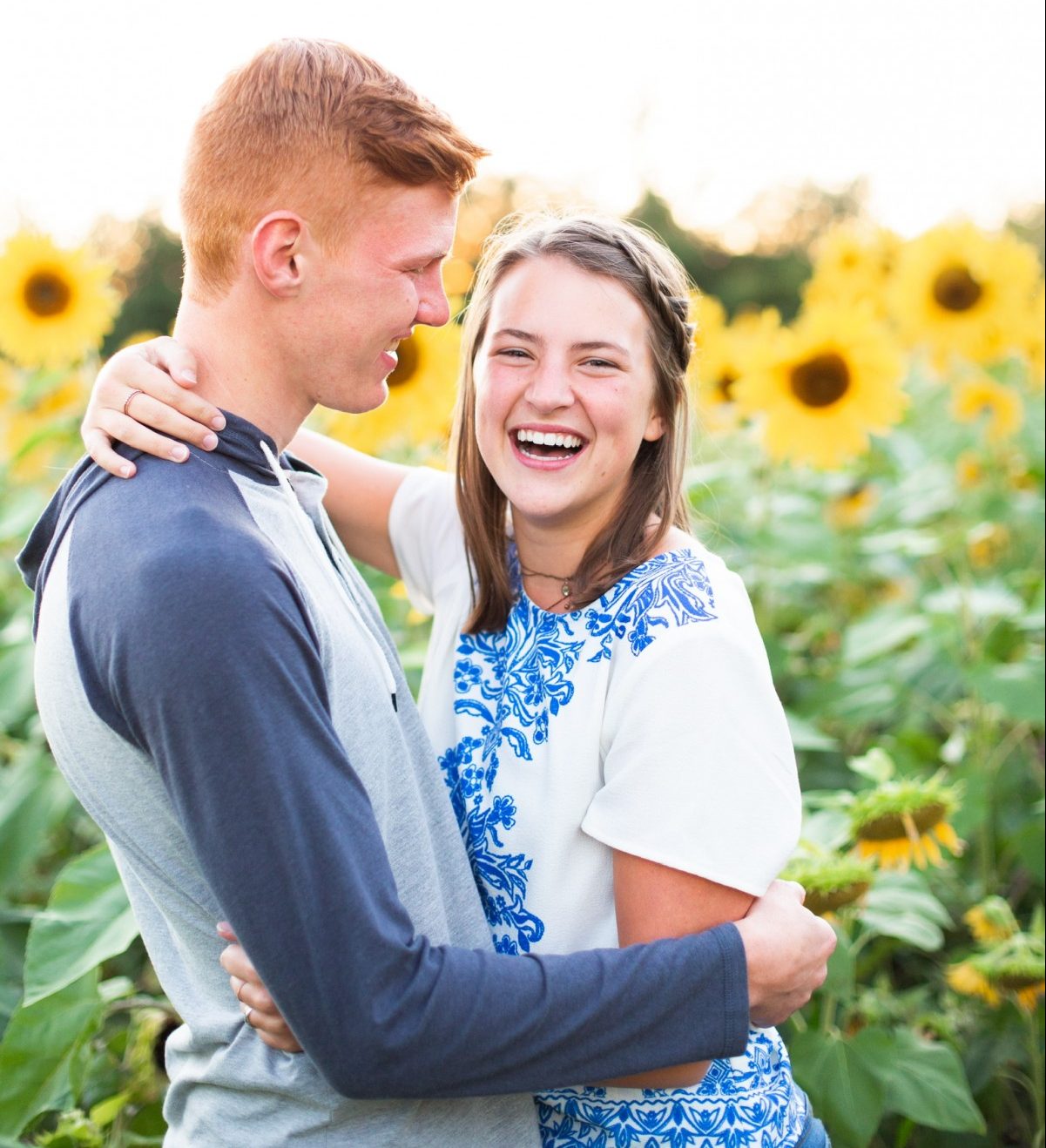 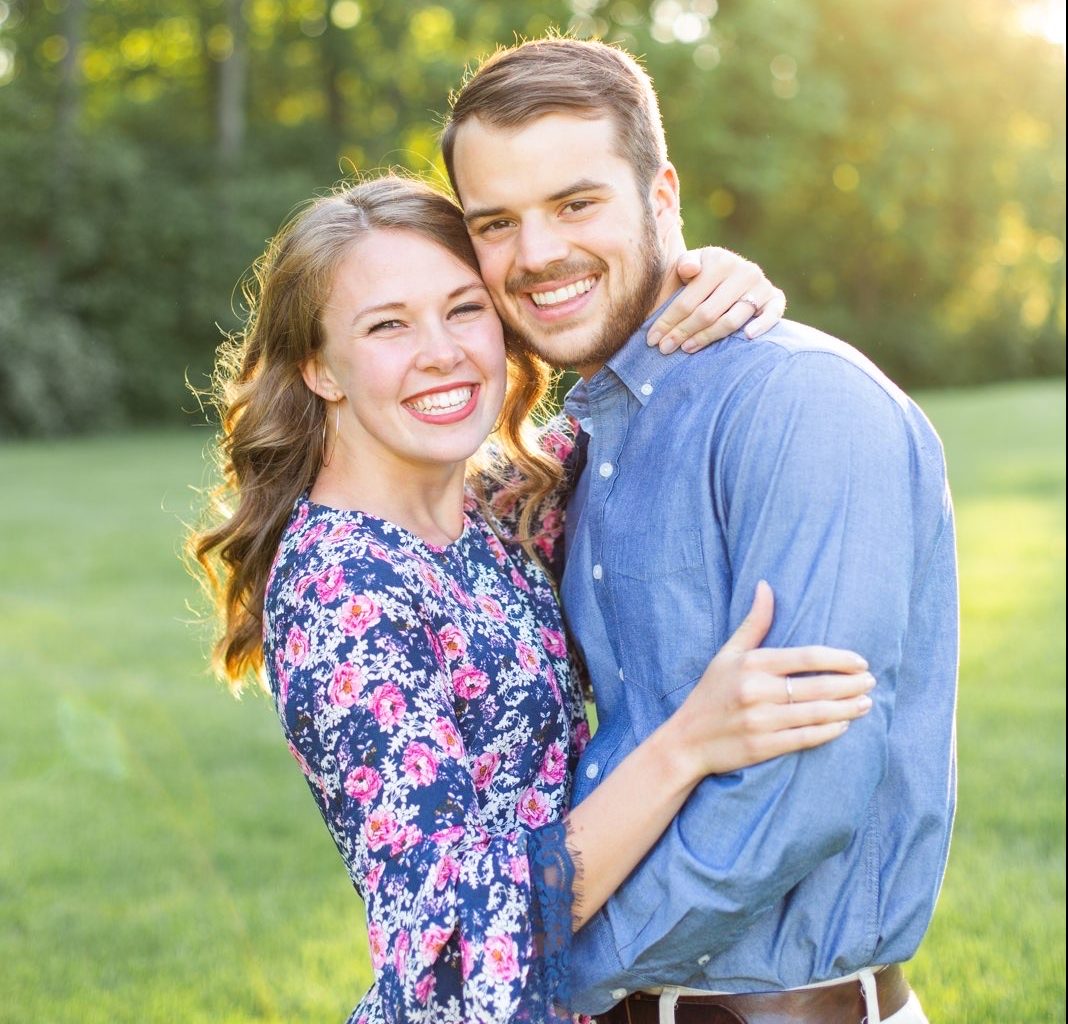 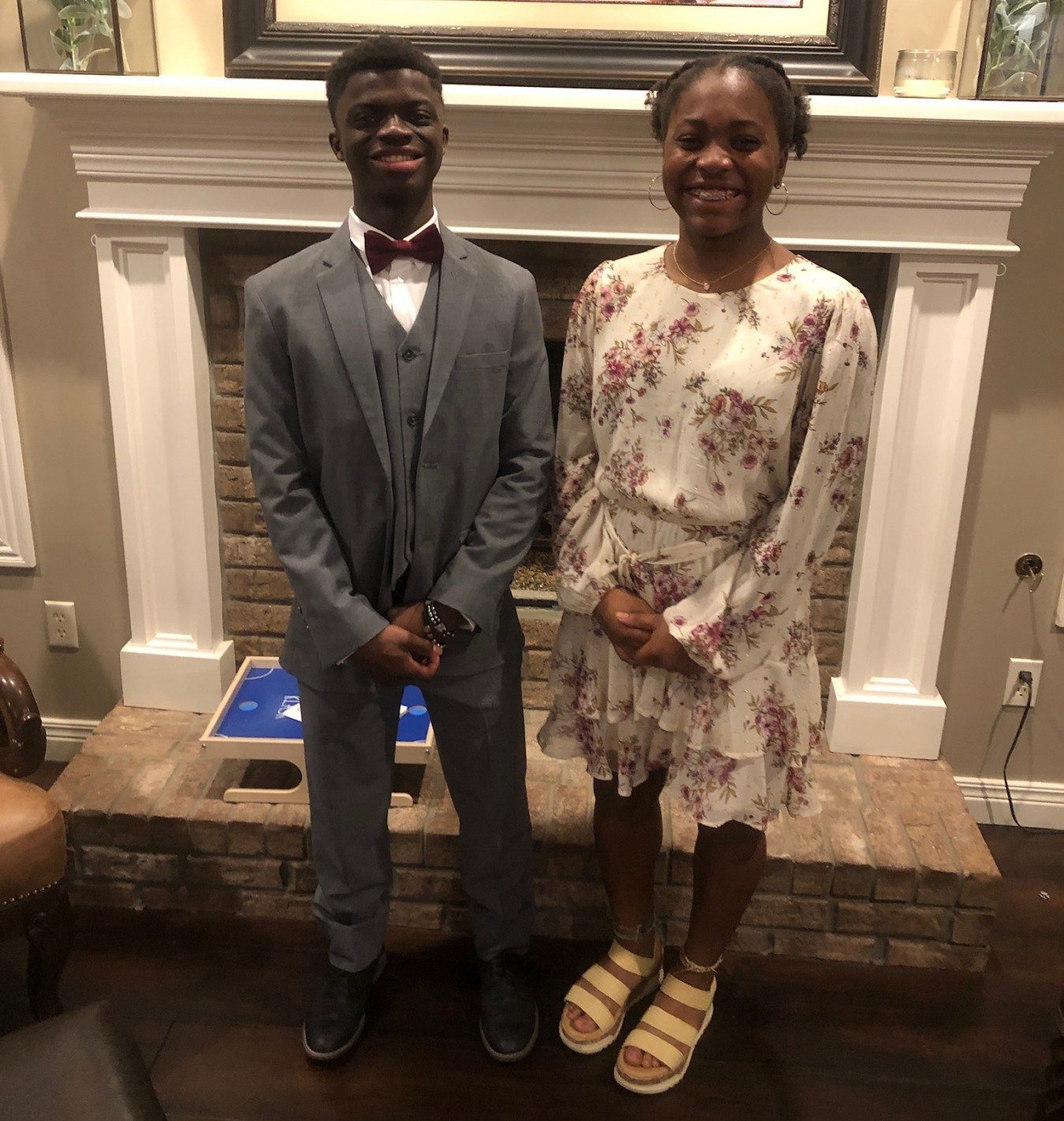